Gregor Kobel stepped up to save a Riyad Mahrez penalty and secure his side’s progress to the UEFA Champions League (UCL) knockout stages in their club-record seventh consecutive appearance, via a 0-0 stalemate which also saw City lock out top spot.

With City securing their passage to the last 16 on the previous matchday, it was all on Dortmund to get the win they needed to keep alive their hopes of winning Group G. However, Der BVB’s priorities evidently lay with getting a draw to simply ensure progress, giving way to a cagey opening, though a defensive oversight from City led to the first real opening. Karim Adeyemi sprinted down the right flank after being played onside by John Stones, but despite being presented with a plethora of options as his teammates breathlessly broke into the box, he opted to shoot and saw a weak effort easily by deputising City goalkeeper Stefan Ortega.

That caused immense frustration, but Adeyemi wasn’t going to make the same mistake twice, later putting the ball on a plate for Youssoufa Moukoko, who somehow spurned the chance to score his first UCL goal poking wide.  A fine first-half defensive effort saw the Cityzens fail to register a shot on target for the first time since the reverse fixture, leading to a double substitution at HT, with Pep Guardiola sacrificing the talismanic Erling Haaland.

The Norwegian consequently missed scoring in five consecutive UCL appearances for a record equalling third occasion, and was also absent from the field when City were awarded a penalty as Emre Can dangled a leg and brought down Mahrez. With Haaland not an option from 12 yards, the Algerian stepped up left-footed and unleashed a powerful effort, only to be denied by a spring-heeled Kobel who reacted superbly.

In the end both sides were happy with the draw, and City became only the second side to stop Dortmund scoring in their last 21 UCL ties. As for Dortmund, they have now failed to beat English opposition in their last ten attempts (D2, L8) – a statistic they will likely need to put right if they are to reach the serious end of the competition. 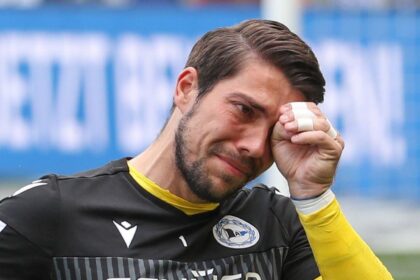 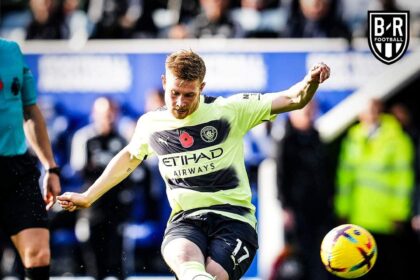