In a high-scoring affair, PSG defeated Maccabi Haifa 7-2 thanks to braces from both Kylian Mbappé and Lionel Messi. The result sets up a dramatic final round of Group H play as Benfica and PSG will battle for the top-spot.

While Maccabi proved to be a threat on the counter in the opening 15 minutes at the Parc des Princes, PSG’s quality shone through when it was needed. The Parisians found themselves in front in the 19th minute when a counter-attack was capped off by Mbappé finding Messi in the box, where the Argentine managed to curl his effort home with the outside of his foot.

It went from bad to worse for the visitors only ten minutes later when Mbappé found himself unmarked inside the box, and side-footed a shot into the same far corner to double PSG’s lead on the half-hour mark. The home side were relentless as their attacking trio rounded out a superb first half when Messi set up Neymar less than five minutes later, and the Brazilian sent his shot in off of the post, all but driving the final nail into Maccabi’s coffin before the break. While Abdoulaye Seck headed home a goal from a set-piece for the visitors in the dying minutes of the half, Messi answered minutes later with his second of the night, a sublime curling finish after some great link-up play with Mbappé to restore PSG’s three goal advantage at the break.

Dramatically, the Greens found another way back into the game in the opening five minutes of the second interval when Seck nodded home his second of the night after a scramble in the box. While the away side proved to have goals in them on the night, it was clear they had no answer for the Parisian’s attacking quality, as Mbappé curled home his second on the night just past the hour mark. Neymar’s cross was deflected in by Sean Goldberg for an own-goal and PSG’s sixth, taking any wind out of their counterparts’ sails on the night. Messi flexed his attacking muscles once again in the dying moments, picking out Carlos Soler who dispatched the hosts seventh to cap off a thoroughly dominant performance.

Despite leaking goals on the night, Maccabi can take some consolation by hanging with the Paris club for some spells of play. However, the result all but ensures the Isreali outfit will finish bottom of the group come next week. 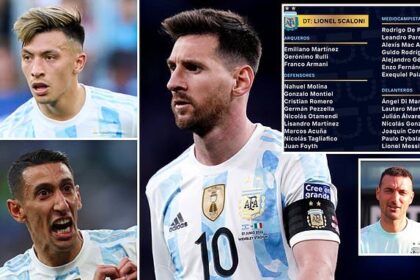 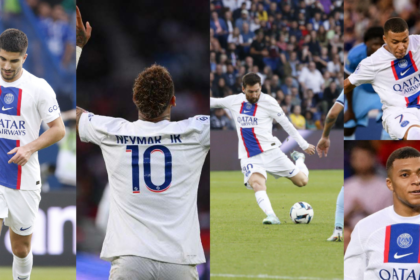