Nicolás Tagliafico was one of the mainstays of the Albiceleste during the Qatar 2022 World Cup. The right-back played six of the seven matches, including the final, which he almost entirely played (he was replaced after 120 minutes by Dybala). And like all his teammates, he shows off the winners’ medal when he can. He did so in an interview on the social network Twitch, which he often uses.

Tagliafico revealed in passing an incredible anecdote that happened to him during the third group match against Poland (2-0). After a bad start with a loss against Saudi Arabia and a victory against Mexico, Argentina started to show their best face against Poland, whom they harassed almost the whole game. And that’s what Tagliafico is talking about.

“After the first goal (by Alexis MacAllister), the Poles no longer wanted to play.” When we scored the second goal, at some point one of them said to me in Spanish: “Don’t attack anymore.” At 2-0, they were still going through, and maybe they knew Mexico was also winning twice, so he said, “Please don’t attack anymore.” It’s a good thing I didn’t score the goal against Poland. If I scored that goal, Poland would be eliminated, and everything would change. Then Mexico would play France, Mexico would eliminate France, all hell would break loose, and we wouldn’t be champions. Even in this game, Messi missed a penalty. 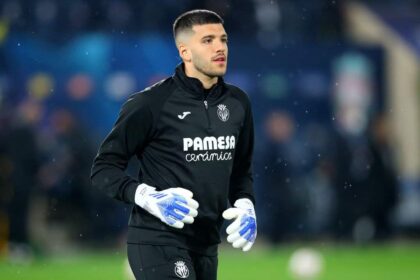